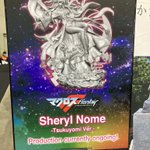 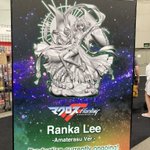 The following is one of the few English language accounts of 1997’s ‘Macross: One Night Stand’ concert. Written Egan Loo, of Macross Compendium fame, it was originally published on the now defunct Ex.org. It is republished here, unedited, with Egan’s permission.

On a personal level, this review has always been of great significance to me.

When ‘One Night Stand’ was held for Macross’ 15th Anniversary, it was a first for the franchise in many respects. Most of the franchises artists had not performed together before, if at all. Mari Iijima had had several concerts post-SDFMTV and into the early 90’s where she performed a few Macross songs, as well as a television special, and Macross 2’s Mika Kaneko made an appearance on tv, but that was almost as much as the fans had gotten when it came to live Macross music. Even the show that escalated Macross’ relationship with music to a new level, creating an entirely new generation of fans, Macross 7, only resulted in 1995’s ‘Live Fire’ concert, at which the voice actors, not the singers, sang most of the music (I’ve always wondered whether those fans that attended felt a little ripped off by what they got). In fact, there would not be a proper Firebomber concert with both Yoshiki Fukuyama and Chie Kajiura on stage together until 2007’s ‘Electric Fire.’

So when ‘One Night Stand’ was held, I can only imagine what a huge deal it was for the fanbase in Japan. While Macross concerts would eventually become far more common, this would prove to be the first in only three major crossover concerts that have been held in the franchises entire history: One Night Stand in 1997, Macross Crossover Live in 2009, and Crossover Live 30 in 2013. I remember stumbling across Egan’s review of it in the early 2000’s and imagining what an experience it must have been. As such, it was this review in particular that motivated me to start reviewing concerts and events here in Japan, so that some record in English would remain for fans overseas.

I’d like to express my thanks to Egan for letting us republish the review that started it all here on decultureshock. I sincerely hope everyone enjoys this snapshot of Macross fandom in the 90’s as much as I did.

What could be better than an Ishtar concert? A Fire Bomber concert? A Sharon Apple/Myung concert even? How about a concert with all three — and the Macross idol, Lynn Minmay?

Last month, Big West, Victor Entertainment and Bandai celebrated the fifteenth anniversary of MACROSS with Macross One-Night Stand, a live concert at the capacious Shibuya Public Hall in Tokyo. It featured every major Macross work, including the first THE SUPER DIMENSION FORTRESS MACROSS series, the later film DO YOU REMEMBER LOVE?, Flash Back 2012, MACROSS PLUS, and MACROSS 7 . Even the parallel story THE SUPER DEMENSION FORTRESS MACROSS II: LOVERS, AGAIN was slotted into the program. (After all, arguably the best part of MACROSS II was the music.)

Headlining the event were none other than Fukuyama Yoshiki (MACROSS 7’s Nekki Basara of Fire Bomber), Kasahara Hiroko (MACROSS II’s Ishtar), Arai Akino (MACROSS PLUS’s Sharon/Myung), Kanno Youko (MACROSS PLUS composer and musician) and special guest Iijima Mari (Minmay). This was no small feat; Kasahara and Iijima do not record under the Victor label anymore, but under Pioneer and East West Japan respectively. As a result, the concert organizers had to negotiate their appearances. The good news is that those negotiations also led to new Macross tie-ups — more on that later.

That dark mass in the background isn’t the line before the concert — it’s the line after the concert for the merchandising.

The opening act came in the form of animated clips spanning the 15 years of Macross. The first was a preview of the upcoming video series MACROSS DYNAMITE 7, followed inexplicably by a CLAMP SCHOOL DETECTIVES ad. However, the crowd roared when the first strains of the original Macross opening theme began playing. What followed were the trailers or the credit-less opening and ending animation for each major Macross work. The audience laughed when the DO YOU REMEMBER LOVE? trailer ended with an outdated ad for “the special limited pre-sale ticket with Macross badge. Now on sale for 1,100 yen (Adult/Student/Child)! Please buy it at this theater (quickly!)” The audience reserved the biggest laughs, however, for the super-deformed opening from the 1990 Macross television rebroadcast.

While the animated clips were a wonderful nostalgic touch, the audience were fidgeting long before the clips surpassed the 20-minute mark. At last, Iijima Mari quietly walked on stage to the appreciative cheers of the audience. She has a reputation for avoiding the Macross legacy over the years, which made her first words after introducing herself all the more sweeter: “Today, it’s all right to call me Minmay.” She even joked about being embarrassed nowadays to sing “Kyuun, kyuun” from “Watashi no Kare wa Pairotto” or “My Boyfriend’s a Pilot.” Iijima noted that the Shibuya Public Hall was full of memories for her, for she held her 1983 debut concert at this very site. She also introduced her husband James Studer, a studio producer and session musician who accompanied her on the solo piano for all of her songs at the concert.

With that, she opened into her first song “Sunset Beach” from the first Macross series and subsequent DO YOU REMEMBER LOVE? film. Although she started out with trouble on a few high notes, she quickly returned to form and demonstrated how after so many years, the veteran can still teach a few things to up-and-coming idols and voice-actresses-turned-singers. (She turns 35 next May.)

Later, she introduced and sang “Mikazuki no Kanuu: A Crescent Moon Canoe,” the ending theme for the TV Tokyo production Nerawareta Gakuen and her latest single. She mentioned her new album and concert tour this year (both entitled “Europe”) and how she came over from her home in Los Angeles for the concerts. She thanked the audience for remembering her performance with Macross and noted it would not be her last. This November, East West Japan and Victor will be selling two singles with an Iijima-written song entitled “Friends -Jikuu wo Koete-” (“Friends: Surpassing Time and Space,” a word play on the Chou Jikuu/Super Dimension appellation). Unlike previous collaborations, Iijima and Sakurai Tomo (the speaking voice for MACROSS 7’s Mylene Jenius) will duet this piece together.

Arai Akino, the voice of Myung from Macross Plus.

Finally, she described what she considered a most wonderful song (a sentiment heartily affirmed by the audience), “Ai Oboete Imasu Ka” or “Do You Remember Love?” from the Macross film of the same name. She offered to sing it — if the audience would sing along with her. When she began singing however, the audience was too awe-struck to join her nigh-perfect rendition. Only in the final two choruses at Iijima’s gentle urging did most of the audience work up the courage to join her. Words cannot describe what it felt to have been part of this experience as a Macross enthusiast. Only meeting Kawamori Shouji himself could surpass being part of the audience during this performance.

Since the concert heavily emphasized Iijima and Fire Bomber, MACROSS PLUS and MACROSS II were given the short end of the program. For MACROSS PLUS, only one song was played. However, what other song is necessary after hearing “Voices” live — sung by Arai and accompanied by the maestro Kanno herself on a solo piano? As scenes of Isamu, Myung, and Guld’s idyllic youth on Eden played in the background, the duo (with Yamamoto Youko assisting the chorus) gave a haunting performance that lingered long after the last note.

Kasahara sang as MACROSS II’s Ishtar two songs, “Mou Ichido Love you” (“Love You Once Again”) and “Yakusoku” (“Promise”). (Most of the other Macross II songs including the opening and ending themes were sung by Kaneko Mika and other singers.)

As the reader may note, almost all of the songs up to this point were featherweight pop songs and slow ballads. Fire Bomber’s Fukuyama injected a much needed boost to the tempo with a rousing rock number “Totsugeki Rabu Haato” (“Charging Love Heart”) from MACROSS 7. Like Fire Bomber’s previous concerts and unlike most anime or idol events, the audience wasn’t just sitting or standing while waving or clapping hands. Quite a few members were dancing, especially those close to the stage. (Incidentally, unlike many anime events, the gender spread at events with MACROSS 7 is more even, thanks to the cross-gender appeal of Macross in general and popularity of Basara in particular.)

After Fukuyama’s first round, he gave the stage over to his partner Chie-Kajiura — or rather, her video image. Kajiura was the singing voice for Mylene Jenius in MACROSS 7, but she had to cancel her live appearance at the concert. She had the best excuse of all though — she’s having a baby! She apologized for not being able to come, and as a consolation, she offered an impromptu video she created just for the concert for her song, “Pillow Dream.”

After Kajiura’s surprisingly well-executed video, Fukuyama walked back on stage with just an acoustic guitar. He proceeded to play a moving rendition of “My Soul For You” (this reviewer’s favorite Fire Bomber number) in the tradition of some of the most pivotal scenes in MACROSS 7. After this ballad, Fukuyama and his band returned to a repertoire with a faster beat, including “Power to the Dream” and “Try Again” (the MACROSS 7 song that became the opening theme for MACROSS DIGITAL MISSION VF-X). Fukuyama even sang the theme for the upcoming MACROSS DYNAMITE 7 as well as “Light the Light” for the inevitable fan-requested encore. During the encore, Fukuyama presented each of his band members, and then presented each of the previous Macross singers and Kanno as they returned onstage one last time.

To be sure, the organizers made no attempt to hide the merchandising aspect or the unrelenting promotion for future Macross projects and the singers’ upcoming releases. A few costume-playing fans reminded everyone of the grass roots of the Macross phenomenon (Macross cosplayers began appearing at Comic Market and Comic Square as early as 1982), but otherwise the concert was a heavily orchestrated event.

In the end however, the tinge of commercialism faded before so many unforgettable memories. Minmay singing “Do You Remember Love?” with the audience, Myung singing “Voices” with Kanno’s piano, Basara singing “My Soul For You” with his acoustic guitar, the entire ensemble lining up for the final curtain call… Suffice it to say that by the end, the attendees were all ready to welcome 1999.